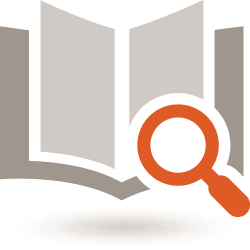 Basin - A depression in the surface of the land. Rainwater runs toward and collects in the low point of the basin.

Below Grade - Below ground level.

Brick Veneer - A wall covering of bricks and mortar that is not structural in nature.

Catch Basin - An area that is dug away from the foundation with the purpose of collecting surface water in a drainage area. Catch basins are often used in conjunction with a french drain system. The purpose of a catch basin is to collect water away from a foundation so that it can evaporate or be absorbed into the adjacent soil.

Channel flow - A channel that is designed to control water flowing downslope, such as a ditch or gutter.

Clay - A highly expansive type of soil that consists of extremely fine particles that experience a large fluctuation in volume during the transition from wet to dry. Over time, this fluctuation in volume causes problems with building foundations. The soil around Austin, Texas is predominantly clay.

Concrete Slab - Also called slab on grade. An area of concrete that sits directly on the soil and serves as the foundation for a building. Modern building codes require slabs to be reinforced with steel cables or rebar.

Crawl Space - The space beneath a home that lies between the structural floor and the underlying soil. Homes with a crawl space have a pier and beam foundation that supports the weight of the structure above.

Deflection - Also known as slopes, bows or bends. Structures under a heavy load such as foundations may exhibit distortion or tilting. Deflection can be uniform (as is the case with a tilted foundation) or differential (such as with a bent foundation).

Differential Elevation - The difference in elevation between one area to another.

Differential Movement (Foundation Movement) - A foundation that shows signs of movement, detectable by changes in elevation between one area of the home and another.

Distress - The visual indicators of materials under stress. This may be seen as cracks or separations in the foundation, drywall, exterior veneer, trim, or distortion of window and door frames.

Drop - The difference in elevation from one point to another. Also known as differential elevation. A certain amount of elevation difference is required to properly transport and discharge drainage water.

Elevation - The height difference between a central point and surrounding points. Foundation evaluators use specialized instruments to determine the elevation changes between points in your home or business.

Exterior Pier - A foundation pier that is placed around the perimeter of a foundation.

Foundation - The part of a building that transfers the load from the structure above into the soil below.

Free water - Water that has not been absorbed into the soil and can be drained.

French Drain - A system installed underground consisting of a gravel bed or perforated pipe, designed to divert water away from a foundation.

Geotextile - Also known as geocloth or geofabric. Geotextiles are made from synthetic material that is permeable to water but that resist the passage of soil or silt.

Heave - Ground surface that has been shifted upward. Frost heaves are sections of soil that have expanded upward when the water within the soil freezes and increases the volume of the soil.

Interior Pier - A foundation pier that is positioned underneath the main central part of the foundation underneath a beam support.

Mudjacking - Also known as concrete leveling or slabjacking. A procedure in which a hole is drilled through the low point of a slab and a thin cement mixture is pumped through the slab into the area beneath. As the volume of the cement below the slab increases, the slab floats upward to correct the slope. Mudjacking is typically used to correct sloping driveways, patios, stairs, and other outdoor freestanding concrete slabs. Mudjacking is not recommended for home foundation repair.

Permeable/Impermeable - Also may be referred to as pervious/impervious. Indicates whether water can be transmitted from one area to another. For example, a permeable geotextile allows water to flow through the fabric, while plastic is impermeable and does not allow water transfer.

Piers - Also called piles, cassons, drilled shafts or drilled piers. Piers can be metal or concrete, and sit beneath the foundation. When installed beneath a home, piers transfer the load of the building above between the foundation and the soil or bedrock underneath.

Plasticity Index (PI) - A measure of the plasticity of the soil, used to measure the potential for volume change in expansive clay soils. The degree to which clay soils expand can vary greatly.

Real Estate Inspector - In Texas, real estate inspectors are required to be licensed by the State of Texas under the authority of the Texas Real Estate Commission (TREC).

Retention - An area that has been designed to receive and hold a definite volume of water.

Settlement - The state in which a building’s foundation has moved lower than its original elevation. The areas of a foundation that are most susceptible to settlement are around the perimeter, because this section of the foundation is most influenced by the periodic wetting and drying of the soil underneath.

Slope - Indicates the level of drop over a specified distance. For example, a 2-foot drop over 100 feet equates to a 2% slope.

Slope-for-drainage - A slope designed to aid in conveying water away from the collection area to a disposal point. A slope that is designed for drainage usually falls within a drop range of 0.5% to more than 2%.

Sonotube Pier - A specialized type of pier used in pier and beam foundation repair and construction. A hollow cardboard cylinder is placed beneath the foundation and engineer-approved steel rebar cages are added for durability and strength. Concrete is then pumped into the tube and allowed to cure. After the curing process is complete, the cardboard exterior form is removed and the concrete pier remains to support the weight of the building above.

Superstructure - The part of a building that sits above the foundation.

Swale - A shallow, sloped channel used to transfer water away from the foundation.

Uplift - The upward movement of a foundation from its original position. May also be referred to as heave.

Zip Level - A device that measures the surface of a foundation to determine the difference in elevation from one point to another.